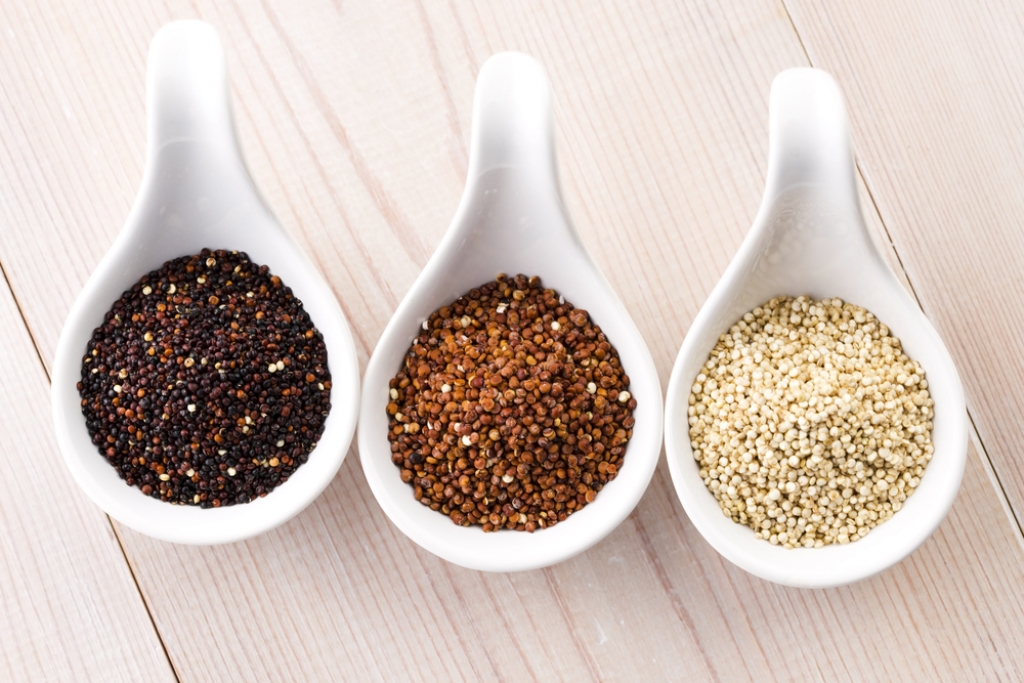 It may not be a household name like other grains, but its future as one is bound to happen pretty soon. In fact, quinoa grains, with its firm texture and delicious taste, are beginning to start a buzz in the health food world.

It may be called a grain by many people because it is often used as a cereal and cooked as a grain, but technically speaking, it isn’t one. Quinoa is the seeds of Chenopodium, a plant from the Goosefoot family, which is the same family as spinach, beets and chard.

Called an ancient grain as its history dates back 4,000 years ago, quinoa is a native of Bolivia and the Andean region of South America. It is grown primarily for its edible seeds and was considered a staple food.

The Incas think of it as sacred. They call quinoa grains as “chisaya mama” which means “mother grain.” For some reason, the Spanish colonists banned its cultivation during the European conquest calling it “food for Indians.”

But in the 1980’s, two Americans discovered quinoa when they were studying spirituality in the Bolivian Andes. They initiated its cultivation for the first time after the fall of the Incan civilization. Today, quinoa grains have three varieties: whole grain white, black and red.

What are the nutritional content and health benefits of quinoa?

It was the United Nations who first declared quinoa a superfood. In 2013 the Food and Agriculture Organization named the year the International Year of Quinoa. The reason has been given this attention is because quinoa is literally a powerhouse of nutrients. Even NASA have put it on their list of food for astronauts during prolonged spaceflights.

Nutritional value of quinoa shows it has a protein content equal to that of milk, which makes it a great plant-based protein source. It is also a great source of calcium and is naturally gluten-free so it is very ideal for people who are gluten and lactose-intolerant.

What do all these mean? It means, these nutrients all help in the maintenance of healthy heart, teeth, bones, muscles, red blood cells and nerve function. Health benefits of quinoa also includes anti-inflammatory function, aids people in losing weight, controls blood sugar and blood pressure and boosts the body’s immune system.

Our quinoa grains are certified organic

Our Quinoa grains have been grown in the fertile soils of Bolivia, Peru and Ecuador without the aid of any pesticides, herbicides and other chemicals. They are organically certified by Organic Farmers and Growers who is one of UK’s leading organic control bodies. Some companies offer quinoa grains coated with a chemical called “saponin.” No chemicals are used on our quinoa seeds, before, during and even after production. You can be sure we are offering only pure organic quinoa grains.

Our quinoa grains are of world class quality

We offer all the three quinoa variants: white, red and black grains. We also have a mix of all three variants or what is called “tricolour quinoa.” All our quinoa are premium quality in every sense of the word—we processed it without sacrificing the nutrients inherent in the seeds.

Our quinoa grains have superior taste

Our organic quinoa seeds also have an excellent flavour—slightly nutty with an interesting chewy texture. It is the perfect substitute for rice, pasta and couscous as it’s naturally gluten-free. You can use it in omelettes, soups and salads. It can also be milled to use as flour in baking and cereals. Wherever you plan to use it, our quinoa has a taste you won’t get tired of eating.

Where and how much can we deliver?

Impact Foods is more than capable of consistently providing the highest quality quinoa grains in bulk, private label and white label. We deliver to the UK and all throughout Europe and can supply anything from 25kg to full container loads.